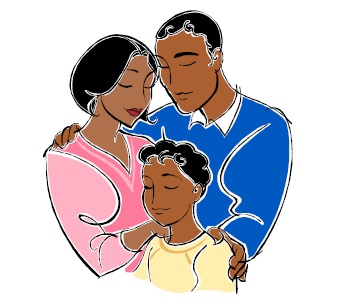 Leaving for College is Tough on Parents Too

Published August 21, 2006 by the Rocky Mountain News** (Used by permission)

You're about to send your kid off to college. No more stumbling over discarded shoes and socks lying in the middle of the floor. No more grocery shopping every five minutes. No more staying up late waiting for your fledgling to come home.

You should be dancing in the streets, but instead you're an emotional yo-yo.

"I'm sad, but I'm excited," says Eduardo Nanca, whose only child, Miyoshi, 17, is going to Saint Mary's College in Moraga, Calif., this fall. "I will miss her a lot. It's hard to let go."

Leaving home for college is a big deal, and not just for students. It's a season for wondering:

How the heck are your kids going to wake up on time for morning classes without their parental alarm clocks? And how are you going to fill your time now that you're about to be fired from your daily parenting job?

Here are some tips on coping with this big step from academic experts and regular folks who have already been down that long, lonesome dorm hallway waving goodbye.

College students aren't expected to be all grown up when they arrive. Colleges know better.

Coburn and others point to a new consensus that adulthood is not an automatic consequence of turning 18.

"We have this new life stage which is called 'emerging adulthood,' " says Janet Belsky, a professor of psychology at Middle Tennessee State University, who writes textbooks on life-span development. "It's a much more prolonged stage that looks like adolescence, and it really doesn't end until about 30."

Evolving understanding of brain development backs up the notion of this stage of life.

"The amount of change in the brain that happens from 18 to 25 is unlike any other part of life," Belsky says. The frontal lobes - which are associated with risk assessment and judgment (the tasks at which teens are notoriously deficient) - don't fully develop until the mid- 20s.

The abbreviated version of Belsky's lesson: "They're babies at 18. If you're a teacher, you understand that."

But babies have to learn to walk on their own, and that means parents have to back off. No matter how much you're tempted, don't even think of doing homework for your child, calling professors or intervening in roommate conflicts.

If you do, you'll be one of those dreaded "helicopter parents," hovering over their children, making it harder for them to take off on their own.

This doesn't mean you can't help your kids. The best way is to trade in your old role of rescuer for a new one as coach.

"Parents should learn about the resources the college has and then think of themselves as a coach who coaches their child to use those resources," Coburn says.

Belsky and others say parents often find that the break with their children isn't as abrupt as they feared. Children and parents are connected by a big electronic umbilical cord, thanks to e-mail, wireless phones and the like.

"It's so easy to keep in touch all the time," Coburn says. "That's terrific, but it's also a challenge to not overuse it."

The frequency of contact between students and parents has increased in recent years.

"Parents shouldn't be worried if they have a child who calls home multiple times a week," Coburn says. "If you told me that 10 years ago, I would have said, 'Ooh, they're having trouble adjusting.' " Belsky says that when she asks students how often they speak to their parents, half the class says every day.

The factors Belsky and Coburn point to that have encouraged this closeness include fewer children in families and baby boomers' tendency to parent in a less autocratic way than previous generations.

Miyoshi Nanca is clearly close to her parents. She'll even dedicate prime weekend time to golfing and hiking with her dad and shopping and watching movies with her mom.

There's good news for parents who send kids off to college: The empty-nest syndrome is, well, imaginary.

"There's a big myth out there that people go crazy with the empty nest, that people feel robbed," Belsky says. "Most people don't. People feel liberated."

Often, parents get along better with their kids, and no one misses the daily anxieties. Just as your child will have new challenges, you have an assignment, too: Figuring out what to do with the time you used to spend schlepping, nagging and otherwise parenting.

Mercedes Nanca, Miyoshi's mother, who's 40, plans to go back to college and work on the undergraduate degree she put on hold when Miyoshi was born.

On the to-do list, parents should make room for romance.

"If you have a good marriage to begin with, an empty nest makes it better," Belsky says.

Leaving for College is Tough on Parents Too (pdf)