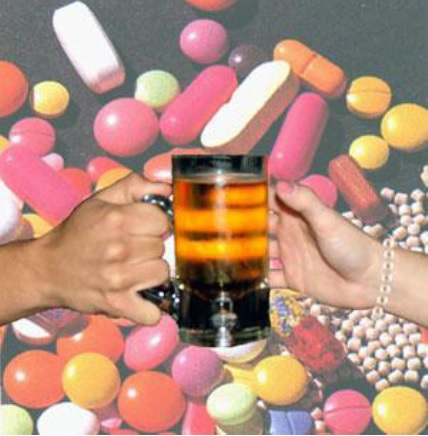 Date Rape Drugs and Their Effects

Rohypnol (colorless, tasteless, odorless, not legal in the U.S.)** -- is a strong sedative similar to the drug Valium, but is 10 times stronger than Valium. The pill is similar in shape, size and color to aspirin. Rohypnol is a small white tablet that is single or cross-scored on one side and has the word "Roche" on the other side. It also has a circled numeral 1 or 2 on it. Though this drug comes it pill form, it dissolves quite easily in juice, carbonated drinks, caffeine-based beverages, and alcohol. Its effects are enhanced when mixed with alcohol. Street names:** Ruffies, Mexican Valium, Rib, the Forget Pill, LaRoche.

Ketamine (approved for use only by veterinarians)** -- usually comes as a liquid in small pharmaceutical bottles, and is most often cooked into a white powder for snorting. Street names:** Special K, Jet, Super Acid, Vitamin K.

GHB (salty taste)-- a powerful synthetic drug that acts as a depressant on the central nervous system. It is a newer drug to the streets than Rohypnol. GHB is an illegally manufactured drug, so it is very dangerous since it is made by "kitchen chemists" and there is NO quality control like with an FDA approved drug. Its effects can be felt within 15 minutes after ingestion. It is used the same way someone will use Rohypnol on an unknowing victim. Street names: Gamma-Oh, Grievous Bodily Harm, Georgia Home Boy, Goop, Liquid Ecstasy.

MDMA (not usually found in capsule form, not legal in the U.S.)** -- is a synthetic amphetamine-like (speed-like), mind-altering drug that can cause you to hallucinate. It has been known to cause death, especially when mixed with alcohol. It is often mixed with speed by drug dealers, often without the user knowing. Street names: Ecstacy, XTC

If you are out partying and become a victim of or hear mention of any of these drugs be sure to report it immediately, as that makes it easier to detect the presence of the drugs in the body or even prevent someone else from becoming the victim of these drugs.

The symptoms experienced by the ingestion of these drugs is similar; however, not everyone will have the same symptoms. Some people may exhibit a few, while others may show all or a range of the symptoms listed below: