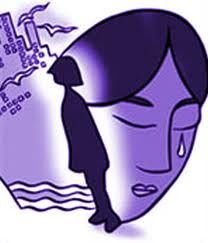 Myths vs. Truths about Suicide

This resource addresses some myths and some truths about suicide.

TRUTH:  Of any 10 people who kill themselves, eight have given definite warnings of their suicidal intentions.

TRUTH:  Most people who attempt or complete suicide have given clues or indications that they were considering suicide.


MYTH:  Most suicidal people are intent upon dying, and there is nothing one can do to stop them.

TRUTH:  Most suicidal people are ambivalent about living or dying. Almost no one commits suicide without letting others know how she / he feels (suggesting hope for intervention).

TRUTH:  In the vast majority of cases, a person is suicidal during a brief crisis period and is never or rarely suicidal again.


MYTH:  Improvement following a suicidal crisis or attempt means that the risk of suicide has passed.

TRUTH:  Most suicides occur within about 3 months following the beginning of “improvement,” when the individual has more energy to put toward taking action.


MYTH:  Suicide is a “rich man’s disease”—or, conversely, it occurs almost exclusively among the poor.

TRUTH:  Suicide is a “democratic” concern.  It touches every segment of society regardless of access to financial resources.


MYTH:  All suicidal individuals are mentally ill, and suicide is always the act of a psychotic person.

TRUTH:  Studies of hundreds of genuine suicide notes indicate that although the suicidal person is extremely unhappy and usually feels a lack of control, she / he is not necessarily mentally ill.


MYTH:  There is nothing I can do to prevent someone from killing her / himself.

TRUTH:  Intervening, expressing care, and helping a suicidal individual access professional help can save her / his life.  While it is true that some percentage of suicidal individuals will likely succeed in ending their lives, a significant portion can and will be saved by the efforts of those around them.  You can make a difference (Taylor, n.d., n.p.).

- People who are feeling suicidal may show some indicators of their intent.
- Interventions with those who are depressed may be helpful in preventing a suicide.

Myths vs. Truths about Suicide (pdf)