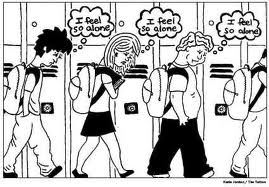 Teenagers are at a heightened risk of suicide. This resource addresses some of the facts.

Important behaviors to look for include the giving away of favorite possessions or “cleaning house.”  A sudden uplift in mood from a depressive period may also be of concern because by deciding to end their lives, they may think they have “found the solution”.

Young people who’ve attempted suicide in the past or who talk about suicide are at greater risk of future attempts.  Verbal or written expressions expressing an interest in suicide may also be hints of suicidal ideation and heightened risk.  These comments may include the following:  “I’d be better off dead,” or “I won’t be a problem for you much longer” (“Let’s talk facts about teen suicide,” 2005, n.p.).

Troubled teenagers need a support network of individuals they can turn to in times of emotional crisis or need.