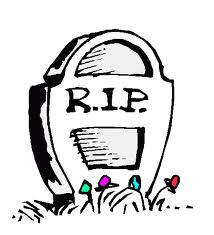 A creative poem that illuminates, through powerful language and imagery, the burial of the old-self and celebration of the new.

Church-bells ringin’ but it’s not a wedding,

It’s a solemn day with much dreading,

A friend will be buried,

Before his prime, not even married.

A son to someone,

A brother to another,

Left behind a mother,

Because at any rate,

The sorrow makes his heart scream.

Where do I fit into the picture?

At the front, reading Scripture.

You see, I’m the speaker,

The audience is alarmed,

As I speak of the man layin’,

In the casket behind me, I’m sayin’

“The man was addicted,

Spoke of life, but lived in death,

Judgmental of other ‘believers’,

Ranked them by achievements,

But what ya saw, it was flawless.

Justified by the many men,

Who had participated in the same wrong,

Filling the heart with things that don’t belong.

Images on a screen, actions that hurt,

Would be obscene, if others saw the dirt,

When there was a need for exorcism,

To remove the sinners’ carcass.

Egocentrically addicted to self,

Couldn’t pause to take it off the shelf,

Had it memorized, but preferred a tooth for a tooth,

The reality of this situation,

Was a heart that desired retaliation,

Rarely satisfied with others’ joys,

Often envious of their many toys,

When others had it, inner-rage,

Consumed him with poisonous resentment,

Friends prayed and his mother cried,

She wished away would go his pride.

Jealousy over others successes,

And their girlfriends in their pretty dresses.

The truth is that I could go on and on,

But I already have, you’d like to turn me off.

So listen to me now, in this dawn,

Sunlight rises, while the darkness scoffs.

The man that lies here, under the tree,

That man is actually the old me…”

Praise be to Him who saved

This sinner, O so depraved!

I was dead, now buried, resurrected,

Now grab a shovel, help me bury the old,

There we go, now he’s gone to dust!

Remind me that it is He I trust!

Joyful songs rise from these graves!

Who else now shall we bury?

Who else now shall die?

Who else now shall be a rarity?

Who else now shall no longer try?

Who else now shall live by the Spirit?

Who else now shall overcome?

Who else now shall inherit?

Who else now shall no longer run?

Those funerals I shall be attending;

Authentic men and women that have stopped pretending.

No longer worried if they’re trending,

Living solely for the One who’s mending

Their hearts and souls and sending

Them to represent The Ascending,

This poem now has reached its’ ending.