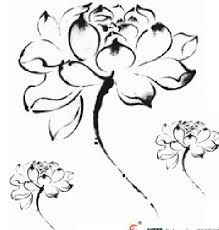 Upon finally meeting each other,

How the other was deserving of the love,

That they had worked so hard for themselves.

Verisimilitude wore her hair up like Serendipity one day,

But on looking at herself in the mirror

Let her lovely tresses down again,

Becoming immediately satisfied with her own.

She told herself that this look

Didn't really suit the roundness of her face,

But in reality, she loathed herself for trying it on for size.

When the wild, ripe carnations were in full bloom, S

he came upon a bush embellished with one ravishing red flower

Right next to another, just as brilliant, but impeccably white.

And after a moments' lingering gaze,

The other flower was mercilessly beheaded,

Because she didn't think two such lovely creatures should coexist in such close proximity.

They never saw each other after that day,

They go back to their perfect lives

Which is now tainted with the memory of each others' pretty faces,

The awakening of their imaginations.