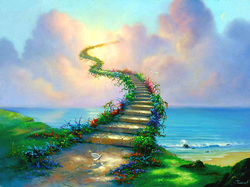 An As Of Yet Untitled Poem With Deep Subtext

A poem I wrote about missing my brother, who died in April of 2013.

I missed you the other day.
By a foot and a half, by the wind blowing the other way.
And I can't exactly say
What made me think of you
But I had to stop and listen to the rain for a little bit
before I could go on again.

I missed you the other day.
By a hop, skip, and jump away, by a sliver of time that flew.
And it wasn't clear on my face and nobody knew
By how much had gone and how much there is left to go through.
And I wish I understood what it was
That made me think of you.
But I went on with my day the way I was supposed to.

I missed you the other day.
By the width of a sunshine ray, by the circumference of a tornado's rotation.
And it wasn't a particularly noteworthy quotation
That caught my attention
And reminded me of you.
But I sat down and read a book
And everything was quiet for the night.

I missed you the other day.
By an airplane flight delay, by the six inches I have over my sister.
And I wondered if the broken pieces
Of a radio transistor
Might make more sense to me
Than the curious reasons
That you should ever simply remain history
But I thought about what that meant
and the wonder ceased to be.

I missed you the other day.
By the length of the Chesapeake Bay, by 21 days in February.
And I considered something so arbitrary
As the number of days in a month
But the months pass by and I am left on the wayside.
So it was best I tried something different instead.